At least four Indian servicemen and four more terrorists of the Lashkar-e-Taiba group were killed during two operations held in the country's Jammu and Kashmir state, Sputnik reported.

According to The Times of India newspaper, one operation was held in the town of Handwara and claimed lives of three terrorists and one officer succumbed to his injuries.

A top terrorist of Lashkar-e-Taiba was killed in the second clash that took place in the Bandipora district, while three more soldiers were killed in the encounter and one more was injured, the news outlet added.

Lashkar-e-Taiba, headquartered in Pakistan, where its founder lives freely, is focused on "liberating" the northern Indian state of Jammu and Kashmir from Indian control and establishing a South Asian caliphate. It is accused of being involved in the 2010 bombing of a bakery in Pune, India, and the 2014 attack on the Indian consulate in Herat, Afghanistan.

The region of Kashmir has been repeatedly targeted by different extremist groups, such as Lashkar-e-Taiba. Indian authorities have repeatedly make numerous efforts to tackle terrorism, however the deadly clashes between the country's law enforcement officials and terrorists continue across the region. Azerbaijan to solemnly celebrate Victory Day every year on Nov. 8 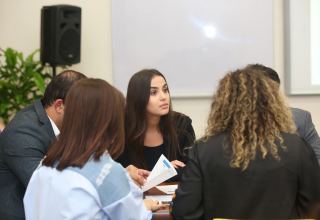