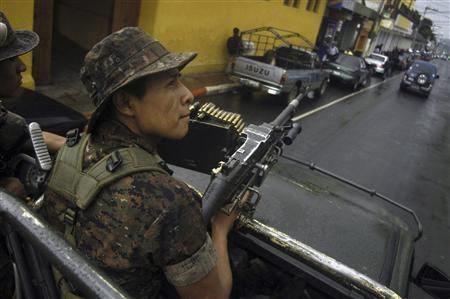 Guatemalan military exchanged fire with the passengers of a car as it approached the entourage of President Alejandro Giammattei's on Saturday, though he was elsewhere at the time of the incident and is unharmed, an army spokesman said, Trend reports citing Reuters.

Giammattei was in a location two kilometers from where the shots happened, the army spokesman said, adding that one of the gunmen was injured in the confrontation.