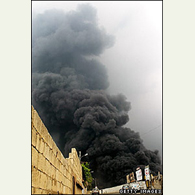 Seven citizens of Azerbaijan have been evacuated from Lebanon, which imposed to bombing by Israel, the honorary consul of Azerbaijan in Lebanon, Nazih Gassub, told Trend.

Gassub said that the Consulate succeeded to contact with approximately 30 citizens of Azerbaijan, while the exact number of Azerbaijanis residing in Lebanon is still unknown.

6 of 7 people evacuated were sent to Dubai, while one to Damask, Syria.

Moreover, one Azerbaijani women appealed to the Consulate, who has no passport. She will be more probably forwarded to Syria, the consul added.

Gassub underlined that the process of clarification of the list of Azerbaijanis in Lebanon and establishment of contacts with them is underway. The diplomat added that continuing bombing and blast of communications, including the telephones, complicated the process.

At the same time the Honorary Consul said that the mission works 24 hours a day and is ready to reply to any appeal and assist in the evacuation of Azerbaijanis from Lebanon.