Society Materials 26 February 2016 20:10 (UTC +04:00)
Event dedicated to the 24th anniversary of Khojaly Genocide has been held at Azerbaijan State University of Economics (UNEC) on February 25. 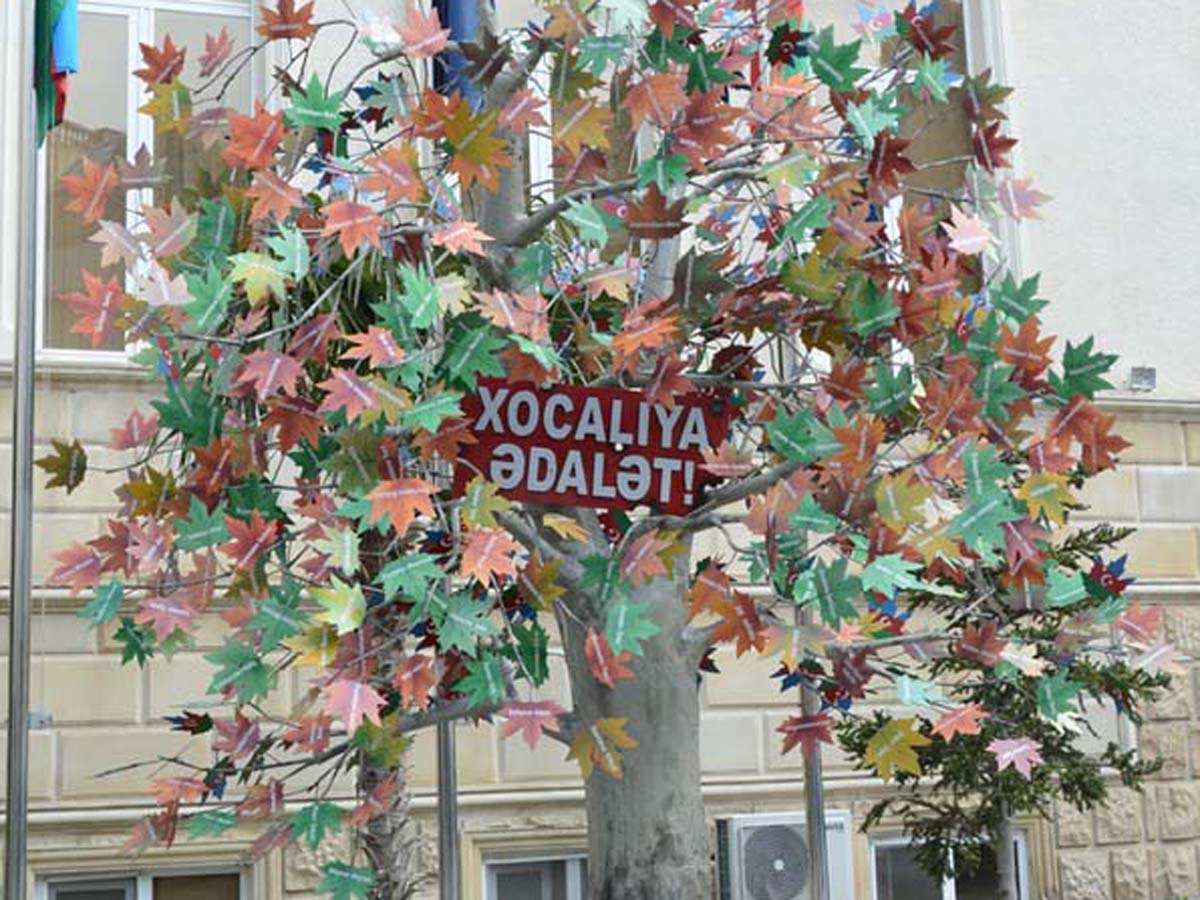 Event dedicated to the 24th anniversary of Khojaly Genocide has been held at Azerbaijan State University of Economics (UNEC) on February 25.

The participants have become familiar with the paintings by UNEC students reflecting the Khojaly massacre before the event.

The event started with a minute's silence in genocide victims' memory. Speaking at the event, UNEC Rector, Professor Adalat Muradov highlighted the Khojaly massacre as a heinous crime against mankind and humanity. He has especially emphasized our Great Leader Heydar Aliyev's merits in informing the world community about the severe consequences of massacre and in political and legal assessment of Khojali tragedy.

Stressing the contributions made by the Heydar Aliyev Foundation in the direction of declaring the realities of the genocide, Rector spoke about the importance of the international awareness campaign "Justice for Khojaly!" realized by the Vice- president of the Foundation Leyla Aliyeva. He said that UNEC students have joined the call "Justice for Khojaly!" by participating in the competition "UNEC's Khojaly Outreach". Students have delivered the true facts about the genocide to the world within 5 minutes during the competition organized by the Historical Circle of UNEC's Creativity Center.

Winners of the competition the citizen of Nigeria John Arogon and Elshad Guliyev have made presentations on the topic.

Afterwards a video devoted to Khojaly has been demonstrated. A play "Khojaly Genocide Spreadsheet" acted by the students of UNEC Creativity Center has also been staged during the event.