A two-story bunker, a command post built by the Armenian troops, provided full fire control over the Khojavand-Aghdam highway at a distance of 500-600 meters, Azerbaijani military expert Adalat Verdiyev, who visited this bunker during a trip to the Khojavend region, told Trend.

According to Verdiyev, the Armenian soldiers left this fortification in accordance with the terms of the signed trilateral declaration. Currently, the bunker is under the control of the Azerbaijani Armed Forces, and the Azerbaijani flag is flying over it.

“Last week, we visited Cheildag height on the border with Khojavand. All adjacent territories, including the Khojavand-Aghdam road, can be fully controlled from it. From here, both Aghdam, Aghjabadi, and the bed of the Gargarchay river can be seen. There is no better place to organize monitoring and control. The Armenian Armed Forces have built a command post here for the 3rd motorized rifle regiment of the 37th mountain rifle division,” the military expert said. “The two-story command post bunker is the most fortified ground defensive structure I have seen so far,” Verdiyev said.

“The gates of the command post are 70-80 millimeters thick and weigh up to five tons, they are resistant to shelling. This fortification was modernized around 1999-2000,” said the expert.

“It is not known where the Armenians delivered the ribbed iron structure, which resembles a two-story metro tunnel, from where. Most likely, it was designed to protect ammunition depots from nuclear attacks during the Soviet era,” he noted.

“Inside the command post, 60-80 people can be accommodated. The bunker has more than 10 rooms, a dining room, an armory, a concrete corridor. It is heated by several wood-burning stoves. Next to it, there is a separate shelter for 8-10 people,” said Verdiyev. According to Verdiyev, there were closet-circuit television cameras (CCTV) at a distance of 40 meters from the object, but the Armenian troops dismantled them and took them away.

“Probably, these devices were manufactured by the US Raytheon company. They allow monitoring the actions of the opposite side day and night at a distance of 30 kilometers. From here, the defensive areas of the first and second echelon, mined areas, main, reserve and additional combat positions, observation posts of units were clearly visible,” the military expert added. 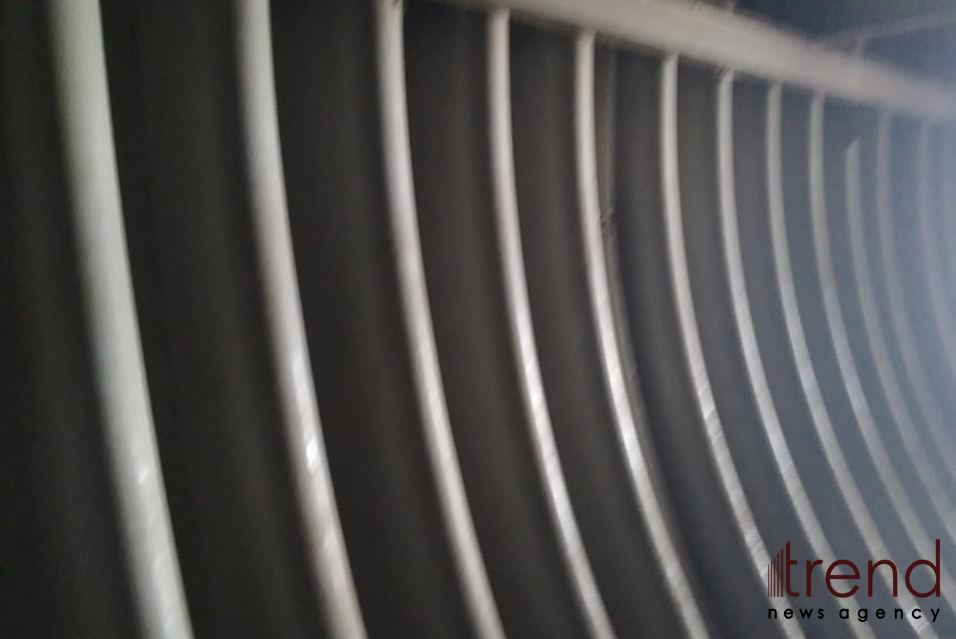