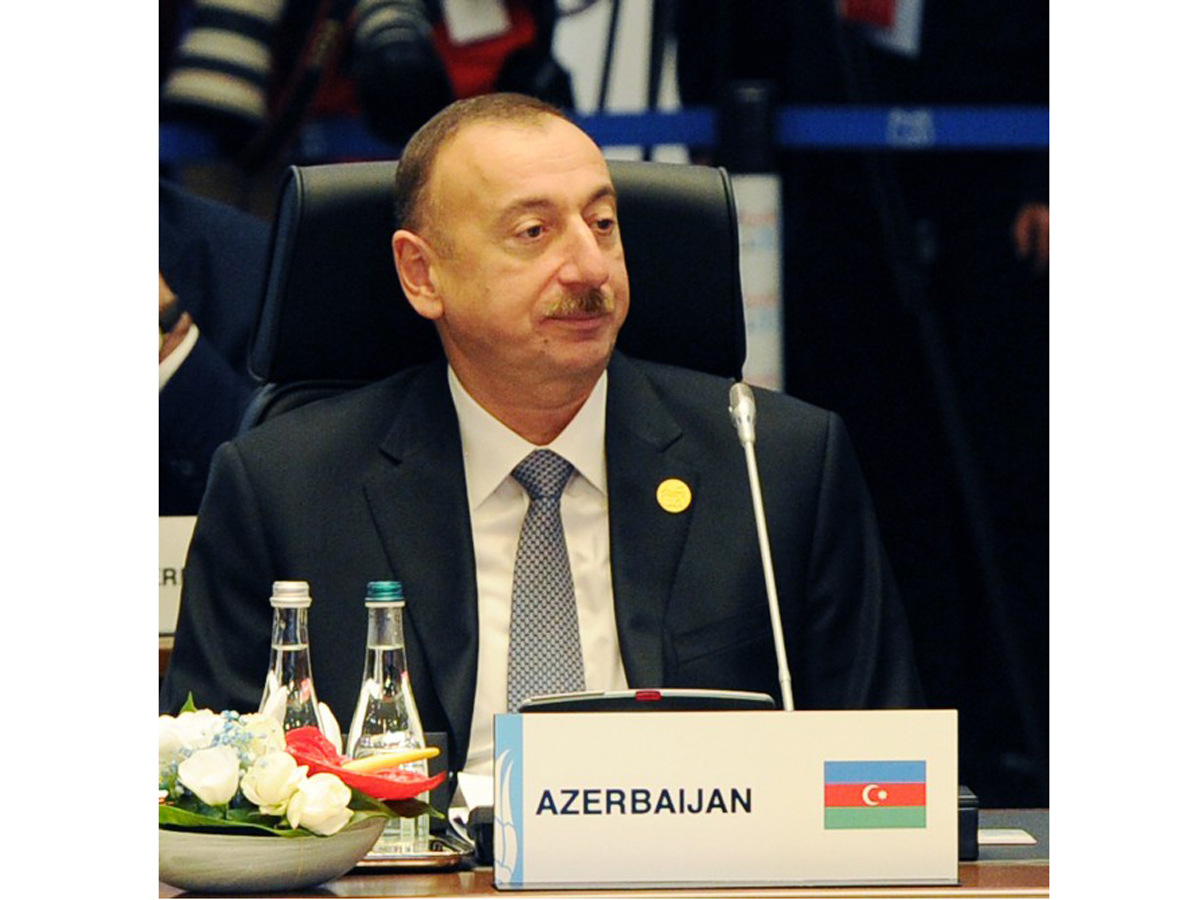 Partnership between Azerbaijan and Turkey is growing constantly, said President Ilham Aliyev addressing a working lunch held as part of the G20 Summit in Antalya.

In energy sector the partnership has grown from a regional to a global one, according to the Azerbaijani president.

"Azerbaijan is the first country where oil has been extracted since the mid-19th century," said the president, adding that afterwards, in the mid-20th century, oil began to be extracted in Absheron.

"Now, in the 21st century, we are implementing the Southern Gas Corridor project," noted President Aliyev.

He said this project, the greatest part of which has been already realized, is being successfully implemented with an active participation of Azerbaijan and Turkey.

"I am talking about a project linking Turkey and Azerbaijan, Caspian and Mediterranean seas," he noted. "This happens for the first time in history."

The president further said that Azerbaijan is a country that exports not just gas but oil as well.

"As is known, Caspian Sea has no access to the world ocean. Despite this, Azerbaijan is the first country that can in such conditions deliver its natural resources to the world," he said.

"We are happy that in 1994, we started joint work with our partners," said the president. "Since then, this partnership has been continuing successfully."

"We hope that the Southern Gas Corridor project will also be implemented successfully," he said.

"The implementation of this project will allow us to enter the markets of other countries through Italy," said Aliyev, adding that $45 billion worth investments will allow to create a single gas network able to transport the gas produced on the Caspian Sea coast.

The president noted that this gas will be delivered to Greece, Bulgaria, Albania through the territories of Georgia and Turkey, and finally, will reach Italy through the Adriatic Sea.

"This project requires coordination of efforts of the governments and companies of corresponding countries and we already see the results of this coordination and cooperation," said President Aliyev.

The president pointed out that Azerbaijan's gas reserve is estimated at 2.6 trillion cubic meters and it is a confirmed figure.

"The volume of potential reserve is 5 trillion cubic meters, which is enough for us, our neighbors and European consumers for at least 100 years," he added.

Noting that the Southern Gas Corridor is a project of energy security, Aliyev said that today, the energy security issue can't be considered separate from the country's national security.

"In this regard, our source is new for Europe," said President Aliyev. "The project will completely change Europe's energy map and Azerbaijan has already proved itself as a reliable partner."

"Naturally, we should ensure the interests of transit states, consumer countries and producing countries," he added.

"In order to achieve all our goals, we should create favorable conditions for all the parties," said Ilham Aliyev.