Foreign investment in Saudi Arabia more than doubled in 2018: minister Foreign investment in Saudi Arabia more than doubled in 2018 to 13 billion riyals ($3.5 billion), its economy and planning minister said on Wednesday, despite a global furor following the murder of journalist Jamal Khashoggi in October, Trend reports referring to Reuters.

Foreign investors have been rattled in recent weeks by the kingdom’s deteriorating relations with Western governments after the killing in the Saudi consulate in Istanbul of Khashoggi, a Washington Post columnist and critic of Crown Prince Mohammed bin Salman.

Economy and planning minister Mohammed al-Tuwaijri made no mention of the Khashoggi murder.

He said foreign investment in 2018 rose 110 percent from the previous year. He was speaking at a news conference a day after Riyadh unveiled plans to increase state spending by 7 percent next year to bolster growth crimped by low oil prices.

Foreigners sold billions of riyals in Saudi stocks in October, one of the biggest selloffs since the market opened to direct foreign buying in mid-2015. But the outflow has since eased.

The government has made attracting greater foreign investment a cornerstone of its Vision 2030 plan to diversify the economy of the world’s top oil exporter away from a reliance on crude revenues.

Five sectors of the economy are prepared for privatization in the first quarter of 2019, said Tuwaijri.

In April, the government said it aimed to generate 35 billion to 40 billion riyals in non-oil revenues from its privatization program by 2020 and create up to 12,000 jobs. Prince Mohammed has also insisted that the stalled plan to sell shares in oil giant Saudi Aramco will go ahead.

Saudi officials include public-private partnerships to build and operate infrastructure as well as asset sales in their definition of privatization. 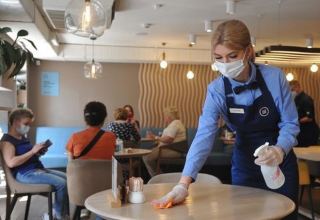