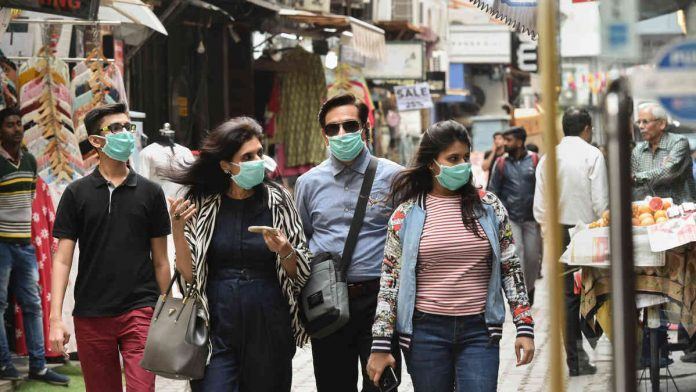 Ishwari Baghel is an Adivasi woman from Manpur block in Rajnandgaon, Chhattisgarh. Her son Deekesh, born three-and-a-half years ago, should ideally weigh at least 15 kg. But after he contracted diarrhoea, he steadily started losing weight until he was a mere nine kg. Timely intervention arrived mid-last year in the form of a fresh drive against malnutrition by the district administration. He was given two meals a day — for lunch and dinner — and also snacks twice daily, Trend reports citing The Tribune India.

"I also get milk for my son from the Anganwadi, which is great," Baghel said, adding that she tries to feed him fruits and eggs as well, though he doesn't quite like chicken and fish. He stopped losing weight and at a health camp organised in the block recently, doctors told her that he is doing well, weighing in at just under 13 kg, and gave him some medicines and a tonic.

The district has seen alarming levels of malnutrition among its children and pregnant women. Particularly, anaemia has increased over the past five years, as seen from the National Family Health Survey (NFHS) data. Between NFHS-4 (2015-16) and NFHS-5 (2019-2021), the percentage of anaemic children shot up from 29.7 per cent to 80.5 per cent. Nearly five years ago, 43.7 per cent of all women between the ages of 15-49 were anaemic, according to the survey, as were 32.3 per cent of the pregnant women. This is increased to 58.3 per cent of all women in NFHS-5.

The district administration, under Collector Taran Sinha, launched a special campaign between June and September 2021 in the three tribal-dominated blocks of Chhuikhadan, Mohala and Manpur, funded through the District Mineral Foundation (DMF). The campaign is part of the larger Mukhyamantri Suposhan Abhiyan launched by Chief Minister Bhupesh Baghel in 2019 to address the issue of undernourishment in pregnant women, lactating mothers and children.

Since there were no district-specific guidelines, each district could follow its own set of practices, customised to the local food and cultivation culture. In Rajnandgaon, like many other districts, the campaign mandates a second meal to children apart from the usual mid-day meal.

Director of Women and Child Development (WCD) Department, Divya Umesh Mishra, said, "Eggs, chikki and fruits are being served in all districts. In Raigarh district, ragi biscuits, porridge and khichdi made from millets are being served. In Dantewada district, Suposhan Mitras are raising awareness. DMF is the main source for the initiative, but we are also looking at public funding and CSR," Mishra told 101Reporters.

At the Anganwadi Renu Prakash, WCD Project Officer of Rajnandgaon, said that under the campaign, nutritious meals are being served to 350 children in the block who are in the age group of six months to five years. The block has a population of nearly 1.5 lakhs, of which 20 per cent belong to the Scheduled Tribe category.

In the block's Samundpani village bordering Madhya Pradesh, 13 children and three pregnant women visit the Anganwadi centre every day between 12 p.m. and 1 p.m. for the midday meal of rice, rotis, pulses and vegetables. "Children are usually served what they like to eat," said Anganwadi worker Bhanumati Kawre, who has been working in Samundpani for two decades. Nearly 300 people reside in this village, mostly belonging to the Baiga tribe.

"Apart from this specially cooked lunch, dinner and two snacks of eggs, fruits or items made from ready-to-eat flour are prepared for severely malnourished children who are unable to visit the centre physically," she told 101Reporters. Currently, a 14-month-old boy named Rohit Kumar and a four-year-old girl, Gomti Markam benefit from this doorstep delivery of nutrition, personally overseen by Kawre.

Gomati used to be healthy until a bout of illness caused her to lose weight and deteriorate. Her mother, Shivkumari, said that a variety of food is being served as snacks, like Dalia prepared with milk, chila made from ready-to-eat powder, apples and bananas. Eggs are also regularly served and sometimes small fish for protein intake for lunch. Kawre often makes the girl eat in her presence to find out what she likes.

Anganwadi supervisor Saraswati Baghel said that the Baigas had poor sanitation and hygiene practices, causing recurrent bouts of illness and infections, reducing the absorption of nutrients and indirectly causing malnourishment in vulnerable children. She also added that the tribe had its share of social issues compounded by lack of education, such as the practice of early marriage where the girls are as young as 14-15 years of age, resulting in early pregnancies, anaemic mothers and consequently low birth weight babies. Families also tend to focus on daily earnings given their impoverished background, leading to the neglect of children.

The tribal population suffers from health issues despite cultivating vegetables and growing millets. Kumar Singh Maravi, a resident of Samundpani, said that his family jointly owns 14 acres of land on which nutritious millets like kodo and kutki are grown. However, the problem is that millets are usually sold off for cash, pointed out Renu Prakash.

During her visit to Samundpani, she instructed Kawre and other Anganwadi workers to introduce pulses in pregnant women's daily diet. Prakash's main concern is the dietary choice of these tribals who only eat two meals a day, primarily consume rice and avoid proteins. "Paying attention to women will ensure the birth of healthy children. Those who come to the village after marriage should be made aware of the importance of nutrition," said Prakash.

Apart from the government initiative through DMF, Rajnandgaon-based non-profit organisations like Udayachal also distribute ready-to-eat food boxes every ten days. There are 434 anaemic pregnant women in the block and Ashok Modi from the organisation said 2,800 packets laden with sattu made from rice and wheat, date palm and chana dal laddoos and peanut chikki or protein bars had been distributed among women and children this year in Chhuikhadan.

Government data shows that since the drive started in Chhuikhadan in September, 145 children have progressed from severe to moderate malnutrition. Kawre admitted that continuous counselling had improved the awareness level in the block with women accepting iron tablets during pregnancy, regular health check-ups at Anganwadis and institutional delivery. However, many still avoid medicines and trust herbs gathered from forests for treatment, she said.

Prakash said her plan of giving eggs and chikki to severely malnourished children and anaemic mothers was approved by the former collector and started in December 2019. When the lockdown started, dry rations were provided, and it continued till March 2021. "When the present collector came, he asked me to prepare an action plan for Mohla, Manpur and Chhuikhadan blocks." In these three blocks, a total of 744 children were identified, out of which 655 children have gained weight, 400 have entered the moderate malnourishment category, and 89 children have advanced to the normal category. Only 51 children have not registered any weight gain.

Taran Sinha had planned for the initiative to last for six months and it will continue for a year based on the availability of funds. Speaking to 101Reporters, Sinha said, "I decided to focus on areas with a high percentage of malnourishment among the children. A block-like Chhuikhadan needs special attention due to its vast tribal population. Focus on health check-ups, maintenance of hygiene, availability of balanced diet from regional foods and awareness about anaemia can tackle the situation to a great extent."