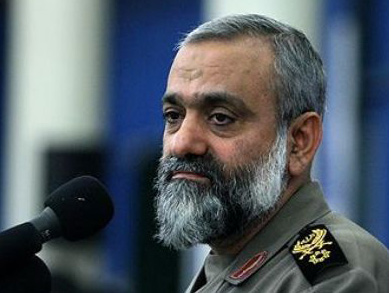 Ansar Movement is a Baluchi minority group which struggles against Iranian government to protect Baluchis' rights in Iran.

The Basij militia is an Iranian volunteer force of Islamic government loyalists.

Iranian Brigader General Naghdi said that through these terrorist acts the U.S. is trying to separate Shiites and Sunnis.

Shiism is the second denomination of Islam religion.

Shiism is the official denomination of Iranian government, while Irani Baluchis are Sunnis.

Ansar Movement calls Abdolmalek Reygi their spiritual leader. Abdolmalek Reygi is Jundullah terroris groups' past leader, who was executed in 2010, a year after his arrest by Iranian government.

The last terror act of Jondullah group was blasting at Emam Ali mosque in Zahedan, the central city of Sistan and Baluchestan in 2010, which caused 27 deaths.

The U.S. recognizes Jondullah as a terrorist group.