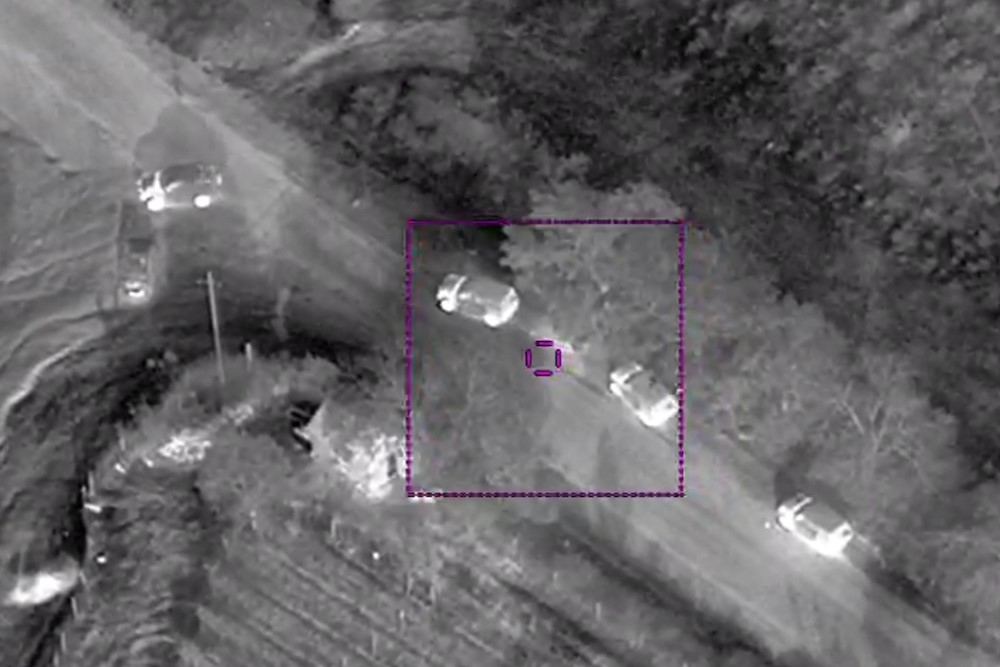 During an aerial observation of the territory on October 31 at about 17:00 (GMT+4), the movement of a military convoy of Armenian Armed Forces was identified in the Khojavend direction of the front, Trend reports citing Azerbaijani Ministry of Defense.

Several auto vehicles and personnel of the convoy were destroyed by a directed and combined airstrike and artillery fire.

Trend presents a video of the destruction of the convoy.