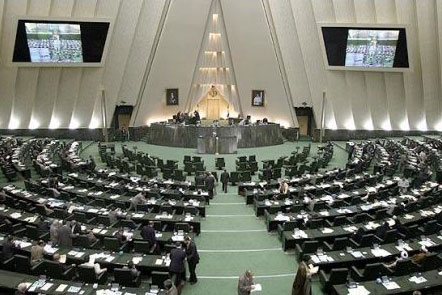 Hosseini noted that he has not resigned so far because of his unwillingness to shift his responsibility to someone else.

The Iranian parliament has begun today the impeachment of Economy and Finance Minister.

President Mahmoud Ahmadinejad is attending the session to defend him.

In mid-October, twenty-two members of the Iranian Parliament have signed a draft document to impeach Minister of Economy and Finance and submitted the issue to the parliament's presidium.

MPs accused Hosseini of not providing a control over banks and other financial institutions, abuse of power and improper performance of relevant functions.

Iran's parliament started debates on impeachment of Hosseini on Sept. 30 after obtaining new documents related a $2.8 billion fraud scandal, which is described as Iran's biggest case of embezzlement ever.

According to the documents, Iranian Bank Saderat, Bank Melli, Tat Bank, the Central Bank of Iran and the Economy Ministry were involved in the financial scandal.

Following the scandal, a number of Iran's top financial officials, including the heads of Bank Saderat, Melli and Tourism resigned.

Canada to provide families of Ukraine plane crash victims $25,000 for each who Died – Trudeau
Other News 17 January 21:32