The Pakistani diplomat expressed gratitude to the Azerbaijani government and nation for the aid to the victims of the earthquake. Abiyev informed the Ambassador about readiness of Azerbaijan to aid the fraternal country.

During the meeting Hafiz also noted that Pakistan condemned the Armenian aggression in regard to Azerbaijan. 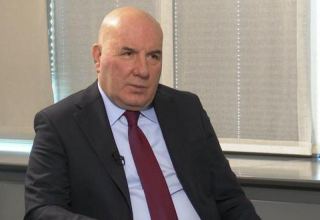