Society Materials 12 January 2011 14:28
Details added after the fourth paragraph (the first version was posted at 14:20 Details added after the fourth paragraph (the first version was posted at 14:20)

"Henceforth, Azerbaijan will use only two design of school uniforms - for pupils of the 1st -6th classes and pupils of the 7th -11th classes," Aligizi said.

From 2010/2011 school year, 90 percent of pupils of the 1st -6th classes of Baku's secondary schools attend schools in a uniform of new design.

Parents' suggestions were taken into account when defining a uniform design, the Vice-President of the Azerbaijani National Parent-Teacher Association (NPTA) Tarana Sharifova said.

"The uniform presented by the textile factory has a health certificate," Sharifova added.

Baku Textile House Board Chairman Fadai Rahimov told journalists that the factory will start sewing new uniforms in March. "School uniforms will be sold in 12 sale points in Baku," Rahimov said. According to him, its cost for pupils of the 1st-6th classes will not exceed 45 manat, and for pupils of the 7th -11th classes - 55 manat.

In case of dissatisfaction customers may contact the hotline service - 495 11 49. 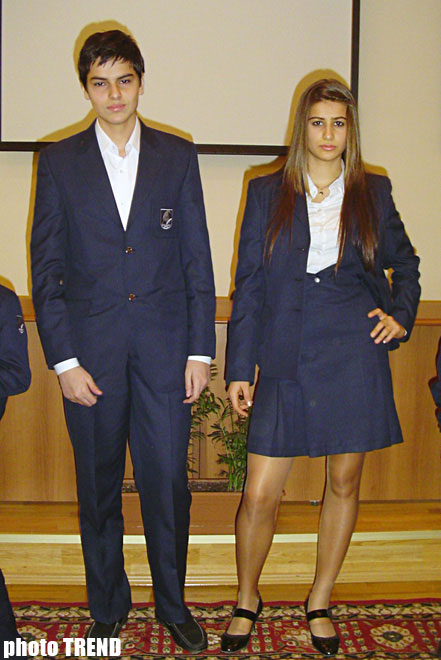