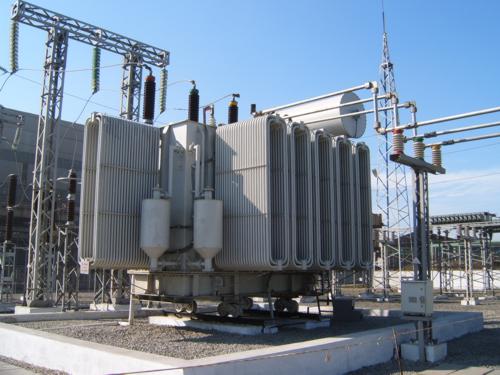 The company's representative said that two 125,000 KVA transformer substations were built as part of the project costing $40.5 million.

Equipment was supplied by the Chinese Xian Electric and Shanghai Electric companies, as well as the Russian-Uzbek Joint Venture Uzelektroapparat-Electroshield and Russian Tekhnostroyimpeks LLC and British firm Welberg.

The project was financed by Uzbekenergo's own funds. It was previously reported that in September 2012, Uzbekenergo started expansion of an external power supply system at the Dehkanabad plant within the construction project relating to the plant's second phase.

Construction of the Dehkanabad plant's second phase worth $254.5 million will increase its capacity by three times up to 600,000 tons of potash fertiliser per year, of which 350,000 tons will be exported.

The project is financed with a $110.5 million loan from China's Eximbank, a $128.1 million loan from the Fund for Reconstruction and Development of Uzbekistan (FRDU) and Uzkhimprom's own funds. The second phase is scheduled to be completed by mid-2014.

Russia's Western Ural Machine Building Concern JSC which is located in the Russian city of Perm and the Chinese CITIC International Cooperation Co. Ltd are the general contractors in the plant's second phase construction.

Construction is financed by loans from FRDU ($62 million), Chinese Eximbank ($41.7 million) and Uzkkhimprom's own funds.

The plant was built on the basis of the Tyubegata potassium salts deposit in the Kashkadarya region in an area near the Turkmen border. Total industrial reserves of the deposit stand at 400.2 million tons of ore, with a content of 36.8 per cent potassium chloride. The most promising part of the deposit is situated in Uzbekistan. Its reserves amount to 200 million tons of ore.

Malaysian e-commerce platform may be set up in Uzbekistan
Business 15:12