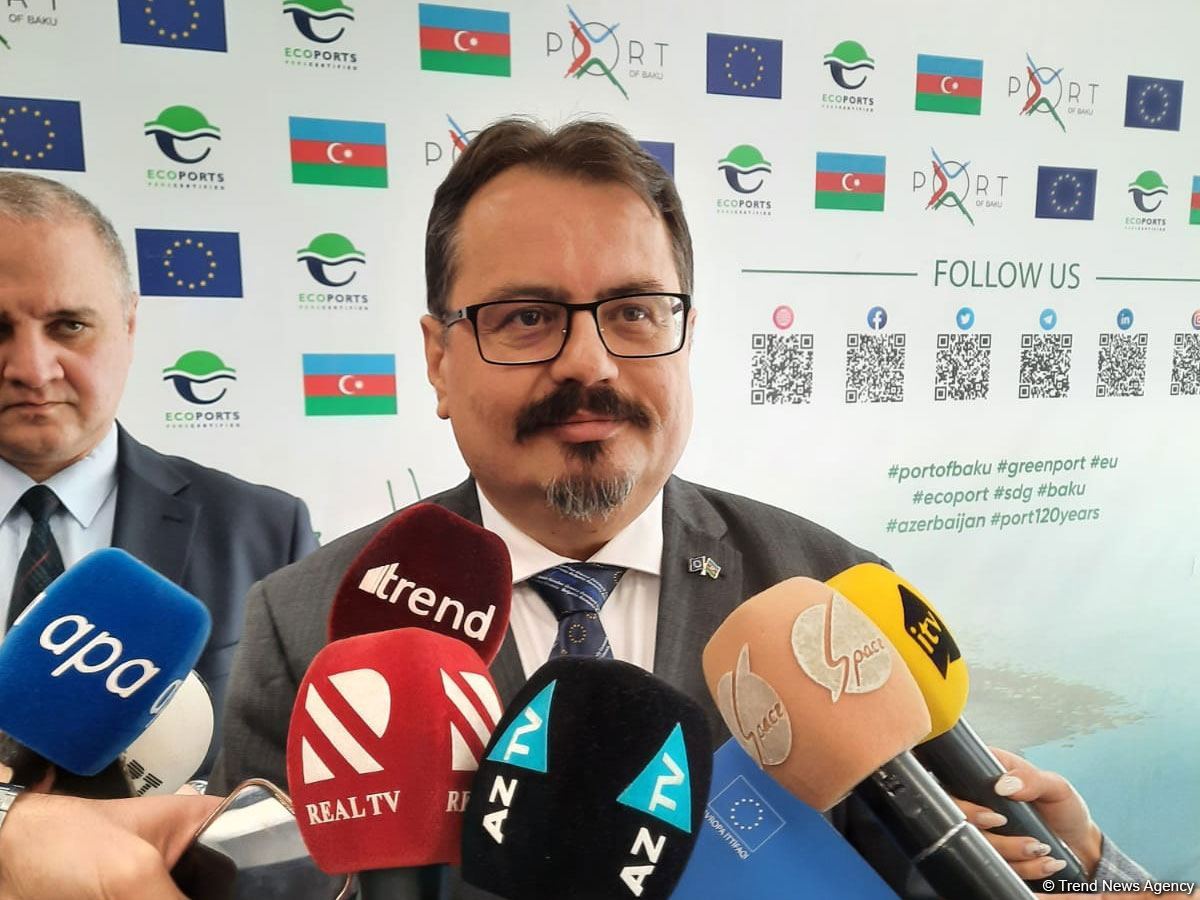 BAKU, Azerbaijan, December 2. The Baku International Sea Port plays a key role in the development of the Trans-Caspian International Transport Route (TITR), known as the Middle Corridor, EU Ambassador to Azerbaijan Peter Michalko said at the opening of the project "Supporting improved operational capabilities of the Port of Baku and the implementation of the Green Port concept," Trend reports.

Michalko pointed out the importance of EU-Azerbaijan cooperation in transit and logistics.

"Now we already see the growing cargo movement along the Middle Corridor and know that this rise will continue in the upcoming years," he stated.

The EU is closely cooperating with the Azerbaijani government and particularly, with the Economy Ministry, to organize a high-level working group on economic investment, Michalko added.

The EU also intends to support the Port's initiative of switching to green technology.

"In this regard, we're holding negotiations with the Baku International Sea Trade Port to install solar panels on its territory," the ambassador noted.

He outlined that companies from EU countries could exchange their experience with Azerbaijani companies.

"Collaboration between the EU countries and the Port of Baku already exists and will further develop. A number of transport lines to the EU and in the opposite direction are already passing through this port," the ambassador stressed.