On the instructions of the Minister of Defense, Deputy Minister of Defense - Commander of the Land Forces, Lieutenant General Anvar Afandiyev visited the military units under the Command on the occasion of the holidays, Trend reports citing Azerbaijani Defense Ministry.

The Deputy Minister got inquired with the social and living and serving conditions of the military personnel.
The congratulations of the Minister of Defense on the occasion of the Day of Solidarity of World Azerbaijanis and the New Year Holiday were conveyed to the military staff.

Lieutenant General A.Afandiyev gave relevant instructions to increase vigilance, especially during the holidays, as well as the organization of combat duty and military service, and further increase the combat capability of personnel.

At the end, the servicemen were presented with holiday gifts and those who distinguished themselves in military service were awarded. 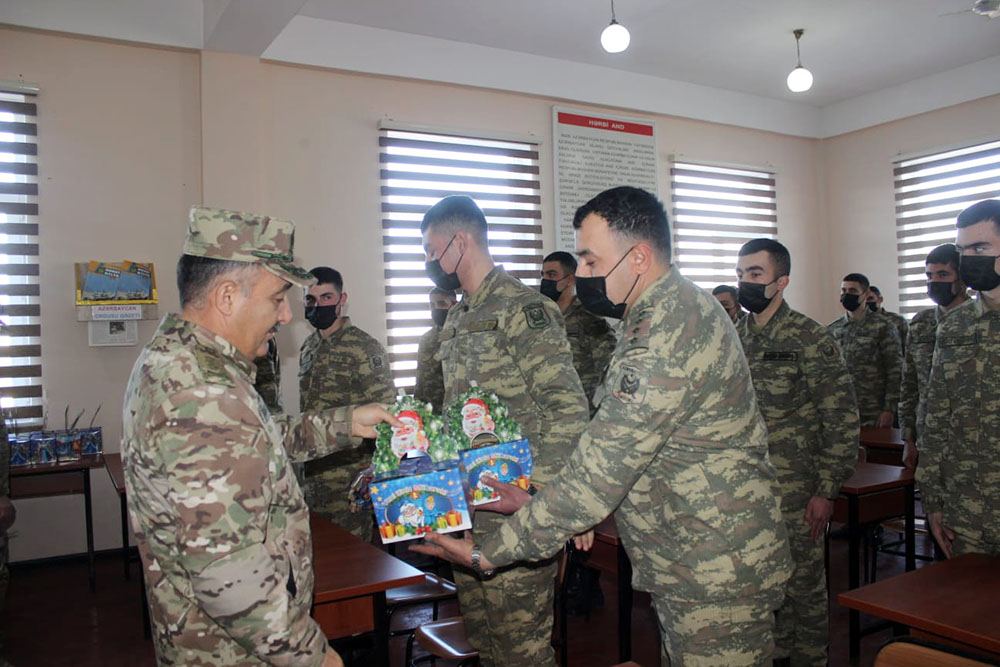