The Imperial Treasury is divided into two collections: the secular collection and the ecclesiastical collection. The secular collection contains numerous imperial artifacts from the House of Habsburg, including jewels and precious stones that due to their unique size could not be fitted into the imperial crowns. Like all secular treasuries, it was designed to attest to the political power and geographical reach of their owners. The ecclesiastical collection contains numerous religious treasures, including relics and objects ascribed to the private ownership of saints.

Mrs. Mehriban Aliyeva was told that the School was set up in the 19th century for members of Habsburg family, the ruling dynasty of Austria-Hungary Empire. The Spanish Riding School in Vienna is the only institution in the world which has practiced for over 440 years and continues to cultivate classical equitation in the Renaissance tradition of the haute école. The Spanish Riding School was included to the UNESCO Intangible Cultural Heritage Lists in 2010.
Then, Azerbaijan`s First Lady viewed St. Michael`s Church located in the center of Vienna.

Mrs. Mehriban Aliyeva was informed that St. Michael`s Church is one of the oldest churches in Vienna and also one of its few remaining Romanesque buildings.St. Michael`s Church, which is now used as a museum, was built in the 13th century by Leopold VI, member of Babenberg dynasty. 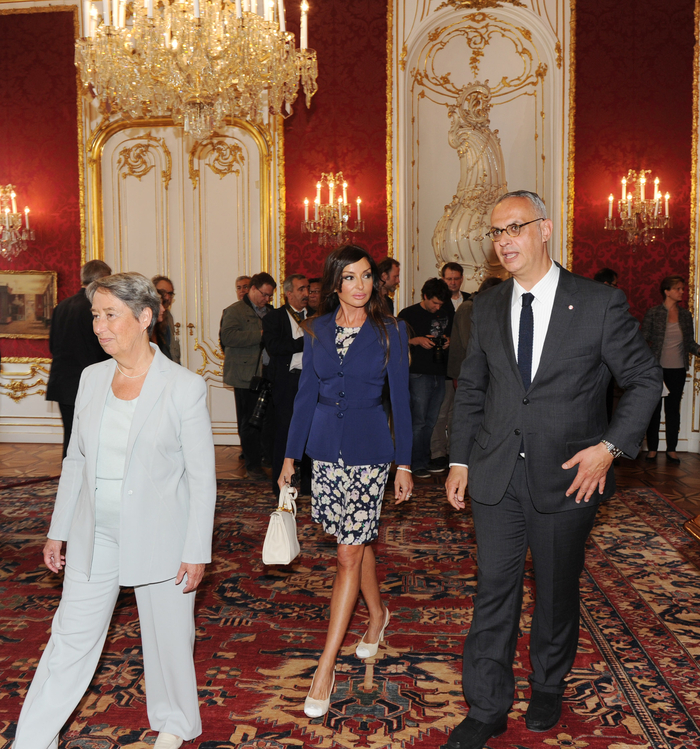