Oil&Gas Materials 14 May 2015 14:50 (UTC +04:00)
Azerbaijani President Ilham Aliyev gave an interview to the Vietnam News Agency (VNA), prior to the official visit 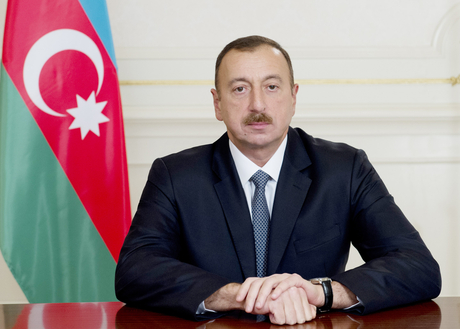 Azerbaijani President Ilham Aliyev gave an interview to the Vietnam News Agency (VNA), prior to the official visit of Vietnamese President Truong Tan Sang to Azerbaijan.
In particular, President Aliyev said that Vietnam and Azerbaijan have great cooperation potential in the oil and gas sector.

Ilham Aliyev said that the agreement on economic, commercial, scientific and technical cooperation between the two governments serves as a firm foundation for bilateral economic ties.

The next thing to do, according to President Aliyev, would be to study, define and develop new areas for cooperation between the two countries.

According to Azerbaijani President, both countries have substantial potential to deepen cooperation in education, culture and tourism.

Ilham Aliyev said that President Sang's trip to Azerbaijan is highly significant for the development of ties in politics, economics and other sectors as well as for the design of specific plans to boost cooperation.

Azerbaijani President said the visit will open a new chapter in the two countries' relationship based on the principles of mutual respect, friendship and cooperation.

President Aliyev also expressed hope that Vietnam would open an embassy in Baku, which will help to boost bilateral ties.

He stressed that the inter-parliamentary relationship between Vietnam and Azerbaijan, consultations between the two countries and linkages between agencies will contribute to developing bilateral relations.

It is also important to strengthen cooperation between the two countries within the framework of international organizations that both Azerbaijan and Vietnam are members, he said.

An official welcoming ceremony of President of the Socialist Republic of Vietnam Truong Tan Sang and his spouse Mai Thi Hanh was held in Azerbaijan on May 13.