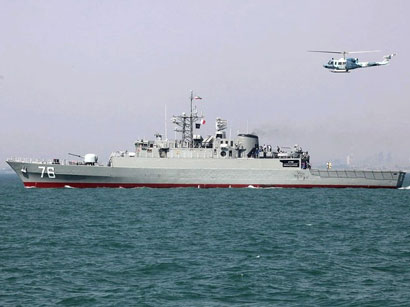 Khanzadi made the remark in Iran at the handover ceremony, Trend reports referring to IRIB.

“The single-engine aircraft, produced by one of Iran's knowledge-based companies, can carry two passengers,” the admiral said.

“Iran will save 195,000 euros by producing aircraft of this type,” Khanzadi added.

"The training aircraft, which can fly four hours and a half, weighs 500 kg," Khanzadi said.

The Iranian admiral said that taking into account post-sale services and repair, outflow of foreign currency will be prevented by over 2.5 times during a five-year period.