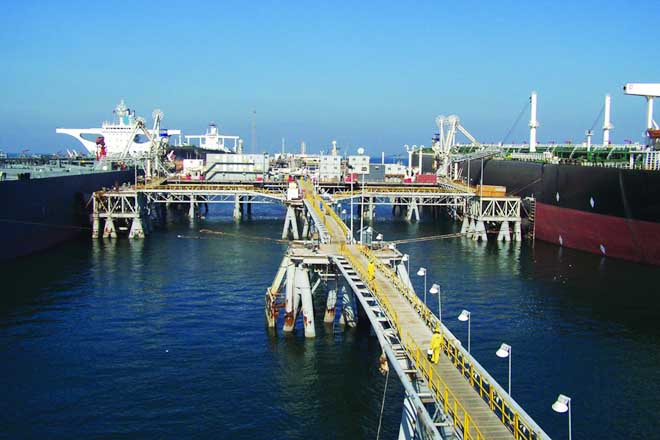 Azerbaijan, Baku, 27 August / Trend corr. E.Ismayilov / Normalization of car and railway communication enabled to re-establish activity of oil terminals at the Georgian Black Sea Poti Port, Zviad Chkhartishvili, the head of the marketing and investment department of the port, told Trend on 27 August.

"Terminals for running oil cargo are open again, as well as car and railway communication is being realized without delay," Chkhartishvili said.

The port functions in 24-hour regime and dispatch of ships is being realized without restrictions, Chkhartishvili said.

In mid-August, a railway bridge was exploded in Kaspi town of Georgia which led to the stop in the delivery of oil products and dry cargos to the Georgian Black Sea ports from railways, particularly of Azerbaijan and Central Asia. Repair work is being conducted at this bridge and will finish in about ten days.

Port of Poti locating in Black Sea shore of Georgia deals with trans-shipment of light oil products dispatched through railway from Azerbaijan and through transit from Central Asia and delivery and shipment of container cargos.

Capacity of oil terminal of the port reaches 3mln tons.