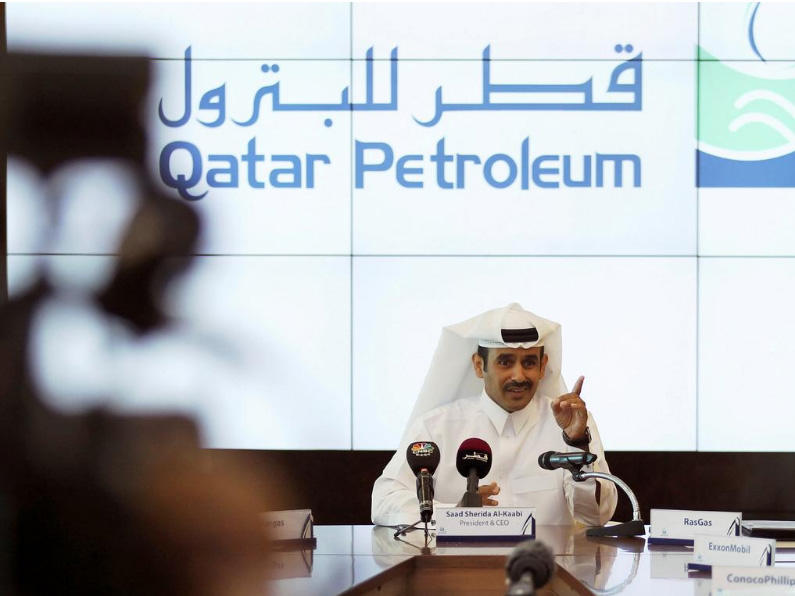 When Royal Dutch Shell wanted to buy a stake last year in a promising exploration block off South Africa, Total, the asset’s main shareholder, used its right to stymie the deal and acquired the share itself, only to sell it on to Qatar Petroleum, reports Trend referring to Reuters.

The rapid turn of events caught some of those involved by surprise, according to company sources close to the transaction, whose details have not previously been reported.

For Total, it was part of a wider quest to tighten ties with Qatar Petroleum (QP) in an effort to secure a stake in the Gulf country’s planned expansion of its liquefied natural gas (LNG) facilities, already the world’s largest and one of the most lucrative projects in the energy sector.

The race for a role in the project has drawn in several of the world’s largest energy companies, including Exxon Mobil and Shell, which have also offered QP stakes in some of their most prized ventures.

Energy companies see natural gas, the least polluting hydrocarbon, as a key fuel in the transition to a lower-carbon economy. Liquefying the gas allows its transportation to consumer countries such as India, China and Japan and demand for LNG is expected to soar in coming decades.

Qatar’s LNG production facilities, in which Total already holds a stake along with Shell, Exxon and ConocoPhillips, offer investors access to vast resources at among the cheapest production costs.

“That’s a big, chunky piece of gas reserves. If you can buy into or somehow get involved in these projects, that might help (companies) on the reserves side,” said Jason Feer, head of business intelligence at LNG shipbroker and consultancy Poten & Partners.

QP wants to expand its LNG production to around 110 million tonnes per annum from today’s 77 mtpa over the next five years by building four new production facilities, known as trains.

The company is expected to announce its partners in the coming months, industry sources said.

The terms for the new production have not yet been revealed. They are likely to be less attractive than those for the original LNG facilities, but still among the most competitive in the world, Feer said.

“The returns on the expansion will be less merely because the risk from the earlier trains is largely gone ... There’s no reason for the Qataris to give a better deal.”

QP’s overseas investments are part of a strategy under Chief Executive Saad Al Kaabi, who is also Qatar’s energy minister, to expand its global operations.

Kaabi has made no secret of his intentions.

“We are looking for a lot of things (in our partners) including asset swaps, things that will help me in my international expansion,” Kaabi told Reuters in 2018.

“If I don’t get good deals, nobody will come.”

The overseas investments and cooperation with foreign companies have also helped Qatar defy an embargo imposed by a number of neighboring countries led by Saudi Arabia in 2017 over allegations that Doha supports terrorism. Qatar denies the charges.