The "GUAM-Japan Joint Press Release" was adopted as a result of the meeting. In a press release, the two sides reconfirmed the universally recognized norms and principles of international law, including those enshrined in the Charter of the United Nations and underlined the importance of international efforts with the aim to the soonest settlement of the conflicts in the GUAM area based on the principles of respect to the sovereignty, territorial integrity and inviolability of internationally recognized borders of the States.

The sides emphasized the utmost importance of enhanced GUAM-Japan interaction, aimed at ensuring peace, security, prosperity and stability on both regional and interregional levels and reconfirmed their commitment to continue to broaden and strengthen their bonds in the future.

The two sides reconfirmed their interest and readiness to further maintain high-level dialogue, not only on the GUAM-Japan cooperation, but also on a wide range of regional and global issues. 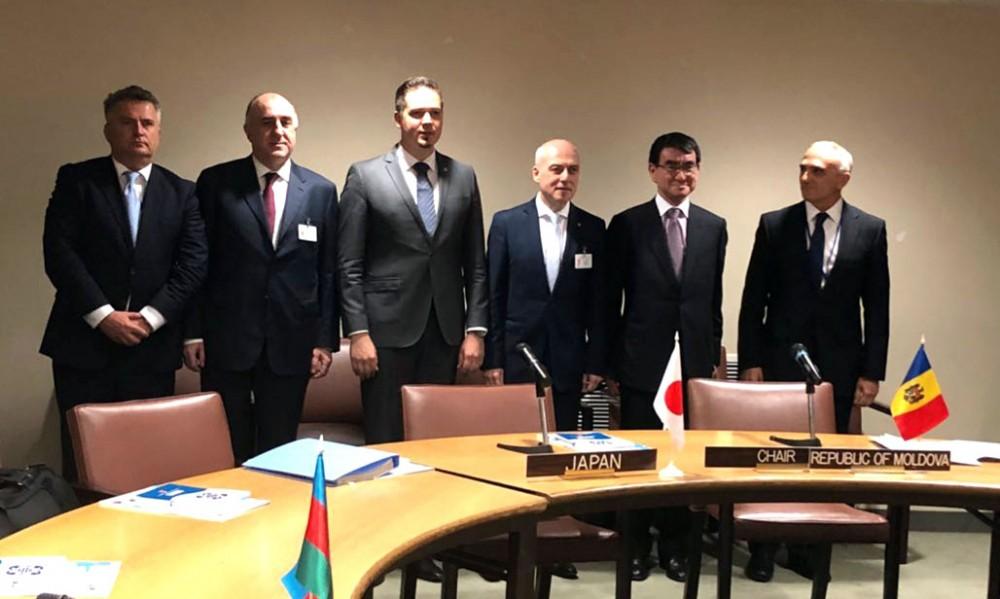