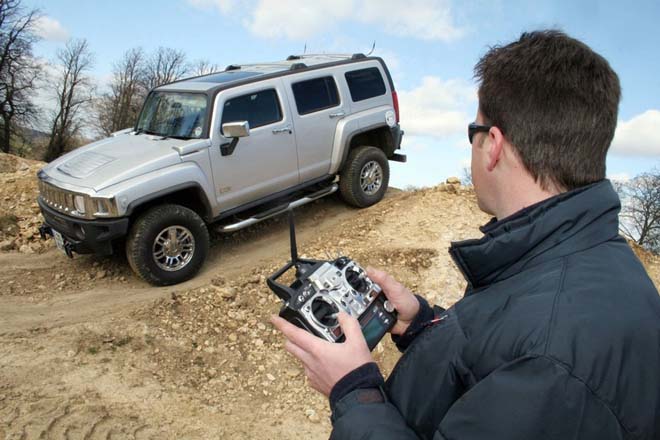 (WCF) - With less than two weeks to go until April, you could be forgiven for thinking this crazy modifcation of a full size HUMMER H3 into a fully working remote control car is nothing more than an April fools joke. But much to our amazement Engineer Dr James Brighton from Cranfield University in the UK took on the monstrous project and created what would arguably be the most wanted boys-toy of the year.

The project took just a month to complete and Dr. Brighton is quick to point out, "we had a lot of fun in the process". Limited details about the vehicle have been released, but what we can tell you is it is capable climbing a 407mm vertical wall, traversing a 40% side slope and operating in up to 610mm of water.

However for those of you who have already grabbed your keys ready to head to your local toy shop, we have some bad news - this is a one off prototype and won't be making it to production.