JICA to continue attracting Japanese companies to invest in Uzbekistan 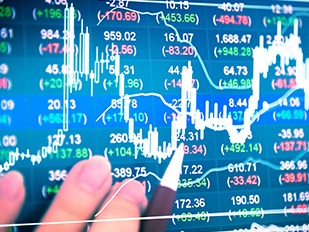 Japan International Cooperation Agency (JICA) will continue to encourage Japanese companies to promote investment in Uzbekistan by the improvement of business environment and the stipulation of public-private partnership, representative of JICA told Trend.

Recently Trend reported that a new long-term Cooperation Program was agreed during a meeting between Uzbekistan's President Shavkat Mirziyoyev and President of JICA Kitaoka Shinichi at Akasaka residence in Tokyo which took place within the framework of Mirziyoyev’s visit to Japan in December, 2019.

“At the meeting at Akasaka Place, both sides had agreed to promote JICA’s cooperation in the long run and diversify its approaches,” the representative stated.

However, the official specified, JICA had not committed the specific amount of cooperation other than 3 Official Development Assistance Loans which amounts to $1.7 billion and the reported number is not the official statement from JICA side.

Japanese Official Development Assistance loan (also called Yen Loan) are long-term low interest rate loans advanced to the developing countries and have the liability of being paid back.

“Then, 2 out of 3 projects signed between Uzbekistan’s Government and JICA at this occasion is for energy sector. At the same time, both sides agreed to diversify cooperation between JICA and Uzbekistan to other sectors such as agriculture, health and education,” the representative added.

The official noted that the visit of president made the good occasion to strengthen Uzbek-Japan economic relations not only in the aspect of economic cooperation by government but also of investment promotion from private sectors.

Japan International Cooperation Agency (JICA) is a governmental agency that coordinates Official Development Assistance (ODA) for the government of Japan. It is chartered with assisting economic and social growth in developing countries, and the promotion of international cooperation.