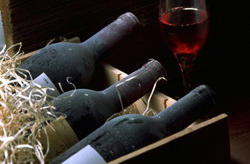 Azerbaijan’s Sheki winery has decided on a new direction of deliveries and timing of export, the plant’s Director Vidadi Hasanov told Trend.

Hasanov noted that this includes exports to China.

“Exports will begin in February this year,” the director added. “The primary volume of deliveries will be about 10,000-15,000 bottles of wine. Subsequent deliveries in this direction will increase as the demand and supply from our Chinese partners grow.”

The plant’s production volume is more than 100,000 decaliters per year, said Hasanov.

Such wine varieties as ‘Bouquet Sheki’ and ‘Askona’ made from Rkatsiteli, Saperavi, Madrasa, Muscat, Chardonnay and Merlot are in the greatest demand, the director added.

The winery has been provided with equipment of the Italian Della Toffola company.

There are wine packaging and weighing facilities, an office building, a pump room, as well as rooms for various technological equipment on the territory of the winery.