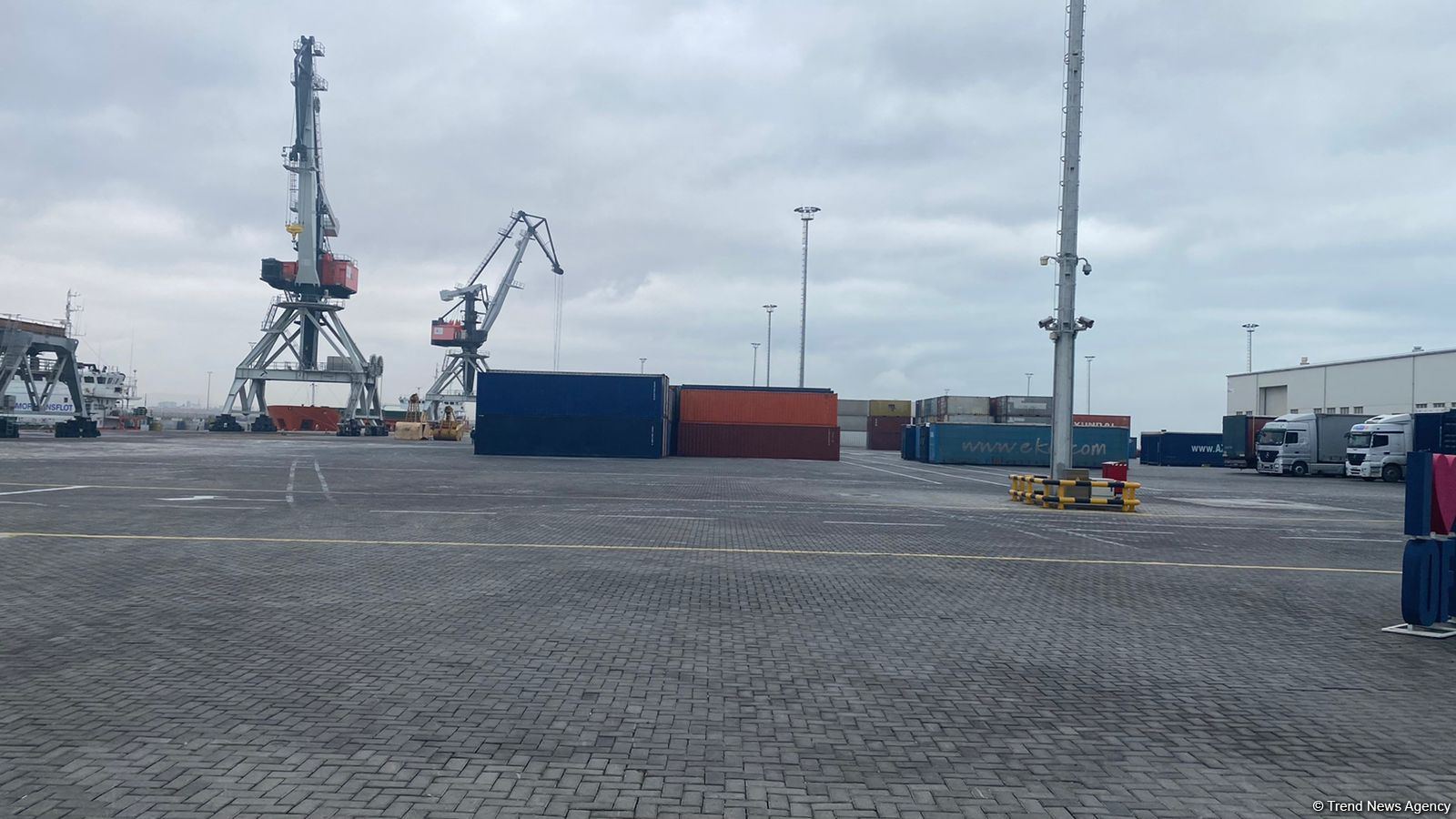 The transshipment of goods by the Baku International Sea Trade Port is projected to make up nearly five million tons by the end of 2021, the head of the main cargo terminal of the port Elkhan Babayev told journalists on Dec. 7, Trend reports.

"The territory of the dry cargo terminal of the port allows store here about 1,200 containers. The total potential for cargo transshipment via the port is 15 million tons. Eight cargo cranes were also installed in the dry cargo terminal. Two of them have a lifting capacity of 80 tons, two - 40 and four - 30 tons each. The cranes are mobile, installed on rails," Babayev said.

According to him, containerized cargo arrives at the port mainly from China and is sent in transit through Azerbaijan to a number of countries, including Italy, Uzbekistan and Spain.

Mineral fertilizers are delivered to the port mainly from Turkmenistan, which accounts for more than 90 percent of this type of cargo, he added.