The Israeli currency rose to its highest rate since April 1996 against the U.S. dollar on Wednesday, according to exchange rates issued by Israel's central bank, Trend reports citing Xinhua.

This is the 17th daily decline of the dollar against the shekel in the last 20 trading days.

Gad Lior, senior analyst for Yedioth Ahronoth daily newspaper, told Xinhua that the jump in the shekel against the dollar is explained by a surplus in Israel's balance of payments, a large amount of dollars entering Israel from natural gas production, and dollar conversions by hi-tech companies to pay salaries in shekels.

"Also, the drop in the number of Israelis going abroad, due to the coronavirus pandemic, has accordingly reduced dollar purchases," he added. "All of this causes an oversupply of billions of dollars." 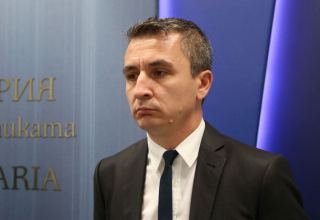