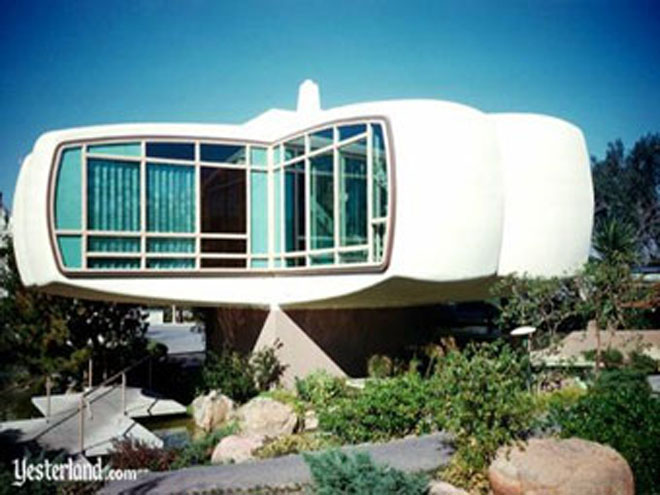 (Engadget) - The Disney parks have been getting all kinds of upgrades lately, and the latest is the revival of the "House of the Future," which originally opened in the 50s and showcased such space-age household technologies as microwave ovens and plastic furniture. The new attraction eschews the original's pod-shaped exterior, pictured above, for a more traditional look, but it's inside where the action is: Disney, Microsoft, HP and LifeWare spent over $15 million on hardware and software designed to give visitors a glimpse of a hyper-connected future. Tech on display will include home automation, automatic networking, Surface and touch-based computing, and smart appliances -- all things the designers envision as being five to 10 years away. The new House of the Future is set to open in May at Tommorrowland -- any guesses how long it takes before someone builds a complete replica?