The blockchain technology can be applied in the field of activity of notaries in Azerbaijan, namely in the re-registration of property, Sabit Baghirov, President of the Foundation for the Promotion of Entrepreneurship and Market Economy, told Trend.

According to Baghirov, at present, the procedure for the re-registration of property is carried out either by court decision or by a notary.

"The blockchain technology can be applied where a centralized management system is used or money or where property transactions are carried out according to the P2P principle. I believe that the economic development of the blockchain in the future is inevitable. This technology can also be used during elections. The only function of state bodies in this process will be to provide technical opportunities for voters," Baghirov said.

As for the cryptocurrency market, this area, according to the expert, will also be on a path of gradual development.

"Central banks of various countries will gradually introduce cryptocurrencies. It is already being practiced in a number of countries. Many financial regulators have already created special units dealing with blockchain technology. Interest in cryptocurrencies is also growing among large commercial banks. For example, last year the management of Morgan Stanley, a large American bank holding, made critical remarks about cryptocurrencies – yet it was made public right at the beginning of this year that this bank developed its own cryptocurrency and will soon begin to apply it in interbank transactions," he said.

The technological development of the global economy, Baghirov believes, suggests that traditional monetary units will leave the market and be replaced by cryptocurrencies in the near future.

"Today, there are already countries where the majority of financial transactions are not made via monetary units – in Sweden, for example. In all likelihood, this country [Sweden] will abandon monetary units by 2030. To regulate the cryptocurrency industry, it is necessary to adopt an appropriate legislation," said Baghirov. 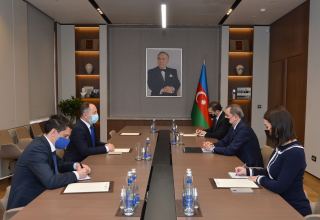