The choice of EU leaders for European Commission president said on Monday she would support giving Britain more time to negotiate its exit from the bloc as part of a series of promises to persuade a lukewarm EU parliament to back her in the post, Trend reports citing Reuters.

Germany’s Ursula von der Leyen said she wanted to build a strategic partnership with Britain, whose politicians are still arguing about when, how or even if the divorce will take place more than three years after its citizens voted 52% to 48% to leave.

Britain was due to have left the European Union on March 29 but Prime Minister Theresa May was granted an extension to Oct. 31 after Britain’s parliament rejected the divorce deal she had agreed with Brussels.

“Should more time be required ...I will support a further extension if good reasons are provided,” von der Leyen said in letters to the European Parliament’s socialists and liberals seen by Reuters. The documents also referred to “the ambitious and strategic partnership we want to build with the United Kingdom.”

The leaders of the remaining 27 EU states are highly unlikely to turn down an extension if Britain requests one, though Boris Johnson - frontrunner to succeed May on July 24 - has said it will leave by Oct. 31 with or without an exit deal.

However, both Johnson and rival Jeremy Hunt want to amend the agreement that May reached last year.

French President Emmanuel Macron said this month that Europe should not be scared of a no-deal Brexit and that if Britain’s new leadership asked for an extension beyond Oct. 31, it would have to provide something new to justify it.

In April, Macron blocked a one-year extension to Britain’s divorce talks with the EU. He argued that EU leaders should not try to keep Britain in and so undo the result of its 2016 referendum.

EU lawmakers will cast their vote for commission president in a secret ballot on Tuesday amid worries that von der Leyen will fail to garner the absolute majority required. The Greens have already said they will oppose her nomination.

She also offered a raft of social, environmental and economic reforms in a bid to secure majority support. 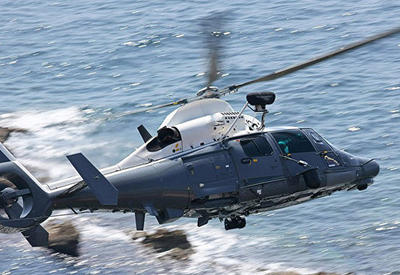