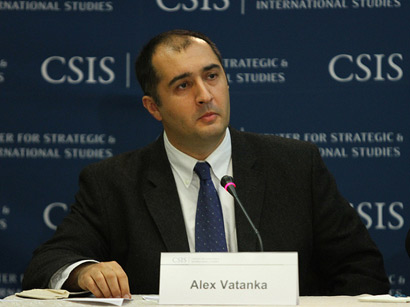 At a time when the direction of America's foreign policy is generating abundant global bewilderment, policy-makers in Congress and the administration must be mindful not to alienate more allies, according to the article of Alex Vatanka, senior fellow at the Middle East Institute and at the Jamestown Foundation in Washington D.C. published on The Hill website.

Azerbaijan is a secular Muslim country, according to the article.

"Authorities in Baku are increasingly speculating about Washington's commitment to its strategic allies. Some of America's latest policy maneuverings, including an inconsistent and largely toothless response to Russia's actions in Ukraine, have not helped alleviate Baku's fears," the author wrote.

Since its independence at the fall of the Soviet Union in 1991, the former Soviet republic of Azerbaijan has considered the United States as one of its principal strategic partners, according to Vatanka.

"For 20 years, Azerbaijan has patiently stuck to this belief in America as the foolproof arbiter that will somehow and someday help engineer a peaceful resolution to this frozen conflict in the South Caucasus. Increasingly, however, the Azerbaijanis question whether the United States prioritizes short-term goals over long-term objectives of peace making and the upholding of key American values, including respect for the territorial integrity and sovereignty of nations," the article said.

Azerbaijan's anxieties about Congress and the administration's stance on the Nagorno-Karabakh conflict recently surfaced again following the developments in Crimea, according to the author.