Azerbaijan, Baku, 29 April/ corr. Trend K. Ramazanova/ The foreign minister of Norway calls on Azerbaijan to hold democratic and fair presidential elections to be held in Azerbaijan on 15 October 2008.

"The recent elections in Armenia and Georgia showed that they do not meet European standards. Therefore, all attention will be focused on Azerbaijan," the foreign minister of Norway said after his meeting with his Azerbaijani counterpart Elmar Mammadyarov in Baku on 29 April.

On 19 February, the presidential elections were held in Armenia resulting in the victory of Premier Serj Sarkisyan, the leader of the Republican Party. The Armenian opposition headed by Levon Ter-Petrosyan, who the lost presidential election staged demonstrations in Yerevan. The then-President Robert Kocharyan decreed on 1 March to impose a 20-day emergency situation in Yerevan. The Prosecutor General's Office filed a suit of mass disorder aimed at the seizure of the power by violent means and violation of the constitution. Some 106 people were arrested.

Mikhail Saakashvili won the early presidential elections in Georgia on 5 January by gaining 53.4% of the votes. His main rival from the united opposition Levan Gachecheladze gained 25.7% of the votes.

According to the Norwegian minister, Azerbaijan achieved a great deal within democracy in a short period of time. "There is a need for time and effort in this regard," the Norwegian foreign minister said.

He also stressed that Norway and Azerbaijan are important partners in energy and therefore it is important to ensure transparency in its policy for further cooperation. 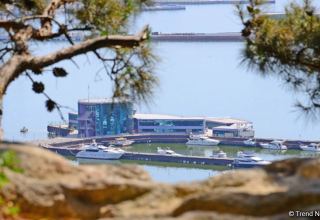