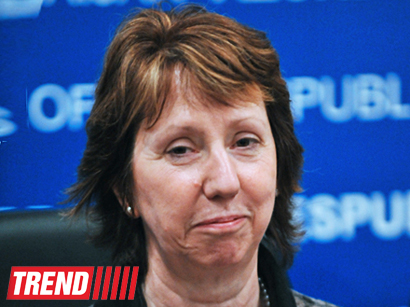 The dress has already been sent to Ashton, the designer Mitra Tamjidi said, Iranian ISNA news agency reported on May 3.

The high-ranking European diplomat may wear the dress during one of her diplomatic visits, Tamjidi claimed.

The design of the dress includes elements from Iranian historical costumes, which is mixed with the world's modern fashion, the Iranian designer noted.

Designing traditional dresses for the European diplomat seems to be getting popular among Iranian designers.

Earlier in March, the country's media outlets reported that a dress designer from Iran's Kurdistan province has decided to make a Kurdish dress for Ashton.

Designer Suzan Sadat Jasebi, said that the Kurdish dress is an important symbol of Kurdish culture in Iran, and therefore is an appropriate gift to Ashton, who is leading Western negotiators in the Iranian nuclear talks.

In the next round of negotiations between Iranian foreign minister Mohammad Javad Zarif and Ashton, the Kurdish clothes will be presented to her, according to the report.