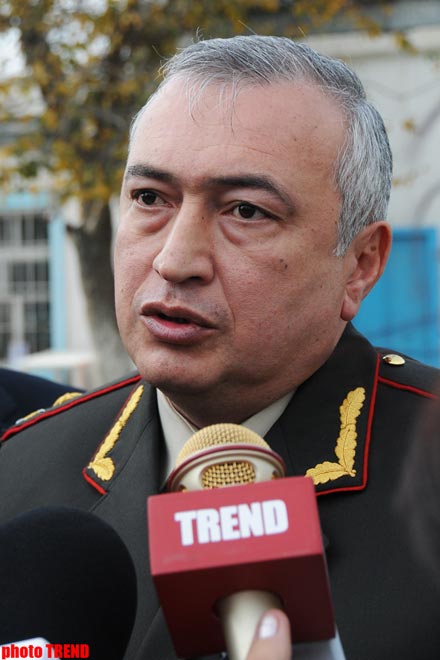 Azerbaijan, Baku, 20 November / Trend corr. K.Zarbaliyeva/ Two imprisonment institutions will be put into exploitation in Azerbaijan by the end of 2009, Nazim Alakbarov, the Deputy Justice Minister and head of the Penitentiary Service, told journalists on 20 November.

According to the Deputy Minister, construction of isolator at suburban road in Kurdakhani settlement of Baku and establishment of a mixed prison in Sheki is coming to an end.

"Construction of prisons near to housing complexes creates problems. Prisoners can make contact with local residents," the Deputy Minister said.

It is planned to transfer isolators 1 and 3 from Baku to suburban institutions.

A new jail was put into exploitation in Nakhchivan in summer of 2008.

It is planned to build mixed prison in the territory of open institution of the Penitentiary Service in Davachi region, he said.

New imprisonment institutions in Azerbaijan will be in chamber forms, as in the European countries. "Prisoners will serve their punishments in two, four and six-place chambers. We want to remove prison regimes of the Soviet period," Alakbarov said.

The Gobustan prison will be transferred to a new building, which is being constructed near to Umbaki settlement not far from Baku.

There are 18 prisons, one isolator, one educational institution, one prison, medical institution for prisoners, 15 section prisons and 14 special imprisonment institutions.