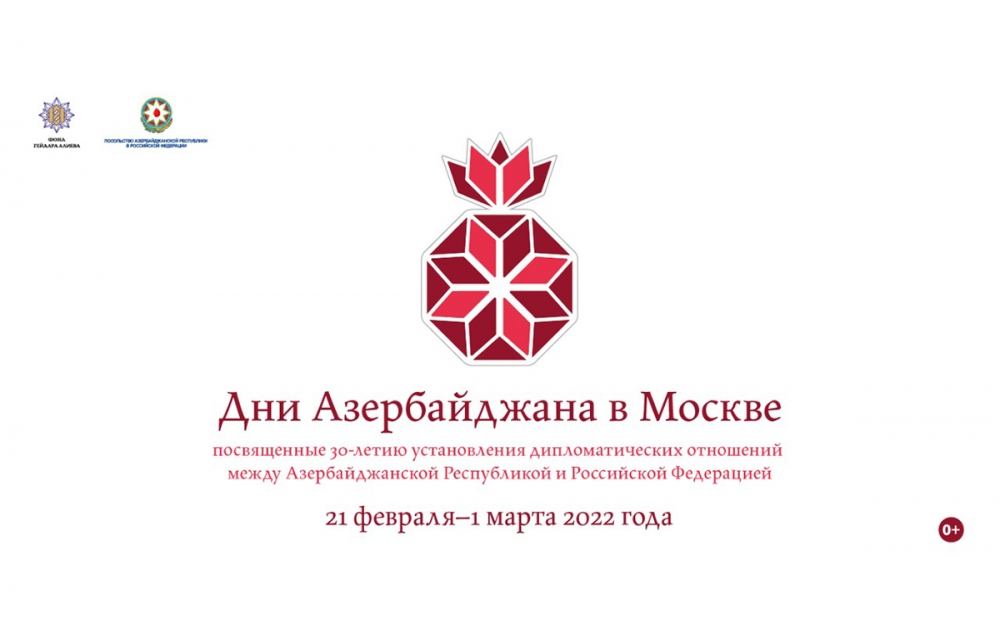 Several cultural events dedicated to the 30th anniversary of the establishment of diplomatic relations between the Republic of Azerbaijan and the Russian Federation will be held in Moscow from February 21 through March 1 through the support of the Heydar Aliyev Foundation, Trend reports.

"Azerbaijani carpet - a new look" exhibition will open in the "Azerbaijan" pavilion at the Moscow Exhibition of Achievements of the National Economy in Moscow.

The literary project entitled "Word of mouth" based on "Seven beauties" poem by great Azerbaijani poet Nizami Ganjavi will be also presented in the "Azerbaijan" pavilion in the presence of well-known Russian figures of culture and art.

The gala concert entitled "Music stars of Azerbaijan on the Moscow stage" will be held at the Helikon Opera Musical Theater on the evening of February 22.