At the closing ceremony of tournament dedicated to the 190th anniversary of the famous poetess Khurshidbanu Natavan, head of the department at the ministry Elnur Mammadov spoke first.

Calling the chess tournament in Shusha a historical competition, Mammadov conveyed his best wishes to the participants. He express hope that Shusha's name will always be on the world chess map and that it’s important for the tournament to become traditional.

Then the official presented a souvenir to the Shusha City State Reserve Department, which supported the competition.

President of the ACF, Vice-President of World Chess Federation (FIDE) Mahir Mammadov expressed his gratitude to the participants of the first chess tournament in the magnificent Shusha.

"The competition in Shusha is doubly important for Azerbaijanis. Therefore, most members of the Azerbaijan national team competed in this tournament,” Mammadov said. “At the same time, I express my gratitude to foreign chess players, judges, commentators and media representatives who present the games live on the website.”

“I would like to thank the Azerbaijani President’s special representative in Shusha district Aydin Karimov, the Ministry of Youth and Sports, the Shusha City State Reserve Department, as well as all the employees of the Karabakh hotel where the tournament was held,” he noted.

“I express my gratitude to the competition sponsors - State Oil Company of Azerbaijan (SOCAR), International Bank of Azerbaijan (IBA), the largest bank of the region, and the partner ‘Azerkhalcha’ OJSC,” added the official.

After the speech, the ACF head presented a commemorative gift to the five-time world and 11-time Olympic champion, chess player Nona Gaprindashvili.

Deputy Chairman of the Board of Directors of ‘Azerkhalcha’ OJSC Jeyhun Alibayov presented the Shusha Chess 2022 carpet, which was knitted by participants, guests and officials during the tournament, as a souvenir to the Azerbaijan Chess Federation.

Later, the chief judge of the competition Faig Hasanov announced the results. Prize money and gifts were presented to the chess players according to the respective places in the competition between men and women.

The winners of the tournament Shahriyar Mammadyarov (Azerbaijan) and Meri Arabidze (Georgia) were awarded trophies specially made by the Georgian ‘Zarabkhana’ jewelry house. 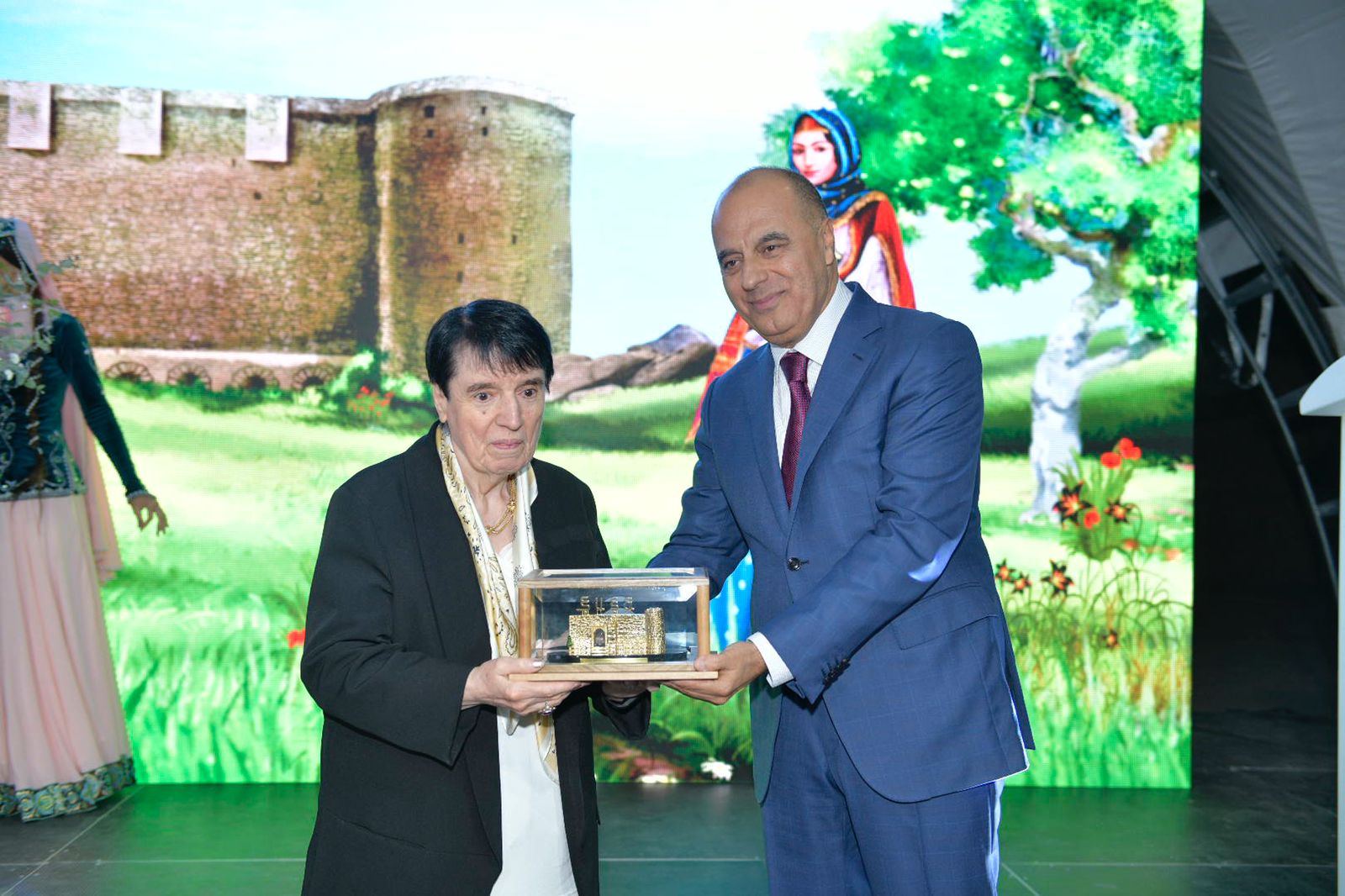