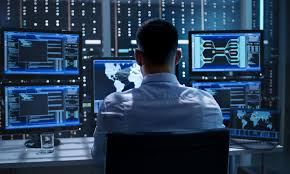 Both the protection of physical government information systems and the safety of the population using digital government services should be taken into account in the field of cyber security, Fariz Jafarov, director of the Center for the Development of Electronic Government of Azerbaijan, said in an interview with Trend.

According to Jafarov, in the field of ensuring the security of citizens, the ASAN Login project has been launched for authorization on government portals.

"This single system has been developed for the state and business structures of Azerbaijan. This project provides authorization of users on the portals of various structures," he noted, reminding that earlier citizens had to register separately on each portal.

Besides, the protection of state systems is provided by the DATA-center created by AzInTelecom LLC under the Ministry of Transport, Communications and High Technologies.

"It is the first DATA center in the South Caucasus that meets TIER III and ISO 27001 security standards. In this center, various procedures for physical security of information, security of network infrastructure and a number of other areas are applied in accordance with international standards," Jafarov said.

According to him, world practice shows that potential threats come from within the organization itself, that is, the human factor plays a key role.

"We have created special standards for employees that regulate their activities in a particular information area. At the same time, we have developed ASAN Bridge, which is national system for the secure exchange of information between organizations. The system allows information exchange between government agencies via a single gateway. All information is encrypted form, which reduces to zero the likelihood of third-party use of this data,” he also noted.

The center’s director emphasized that the center ensures the security of the information system at every stage.

"As part of the G2B partnership, we send information from citizens, with their consent, to banks, non-bank credit organizations and financial institutions,” he added. “When applying for a loan, a citizen just needs to provide a personal identification number of an identity card (FIN) and sign an application for permission. There is no need to provide documents. This process is carried out by the Center for the Development of Electronic Government.”

In accordance with GDPR standards, every citizen in his personal cabinet on 'myGov' is notified of requests for his personal information by some structure, he said.

"In case of suspicion of any extraneous views, a citizen can file a complaint and receive more detailed information about the views of his data," concluded Jafarov.