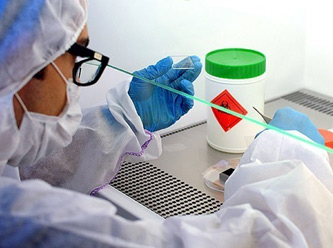 The UN children's fund, UNICEF, said Saturday in a statement that it is working with health authorities of the Democratic Republic of the Congo (DRC) after a new Ebola case was reported in the northeastern part of the country, Trend reports citing Xinhua.

DRC's government confirmed late Friday that a three-year-old child died of Ebola on October 6 in Beni, in the northeastern North Kivu province, one of the epicenters of the last Ebola outbreak that ended on May 3, 2021.

"UNICEF staff are already on the ground to respond to this latest resurgence of Ebola. Additional staff will be traveling to Beni this weekend in support to the first-line response through community mobilization, infection control and decontamination activities", said UNICEF in the statement.

DRC's health authorities confirmed that the three-year-old child died in a health center in the Butsili Health Area, not far from Beni, where he was admitted with Ebola-like symptoms at the beginning of October. A GeneXpert test performed in Goma confirmed that the 3-year-old boy had Ebola.