The clip, shot for the song "Mubariz olaq" and dedicated to the memory of Azerbaijani National Hero Mubariz Ibrahimov, was presented. The author of the song is Surayah Kuskun, composer - Arif Salimov. "Karvan" group preformed the song.

The presentation was held at the Mugam Center "Astoria". The figures of Azerbaijani culture and art, public representatives and close relatives of national hero attended the event. It was reported that the clip will be presented in Bilasuvar region in late December, where the national hero was born.

People told about the battle way of national hero Mubariz Ibrahimov at the presentation ceremony.

It was noted that he has opened a new chapter in the heroic military history of Azerbaijan.

Then several public members were awarded for their contribution to the patriotic education. "Mubariz olaq" awards dedicated to the memory of National Hero Mubariz Ibrahimov were established by Metbuat firm. 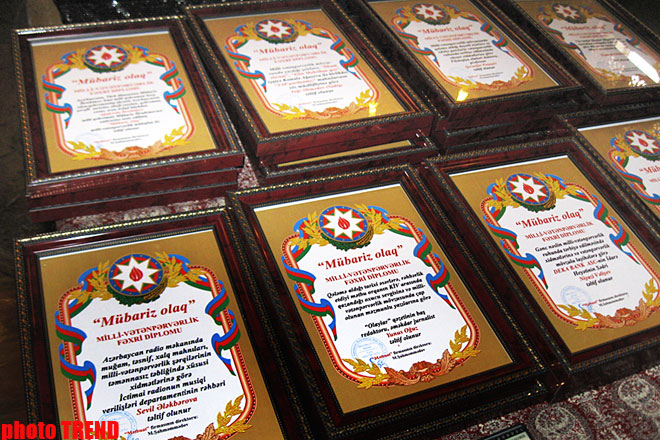