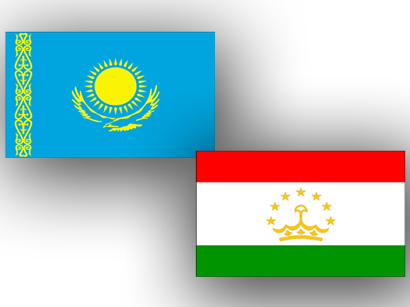 The event was held in accordance with the Program of Cooperation between the Foreign Ministries of the two countries for 2021-2023, adopted following the official visit of President Kassym-Jomart Tokayev to Tajikistan in May 2021.

“During the meeting, the diplomats discussed the current situation in Afghanistan and scenarios for the possible further development of the situation in the country and the region as a whole. The sides exchanged views on the issues of countering modern cross-border challenges and threats, the state and prospects of cooperation within multilateral formats in Central Asia. The parties agreed that the well-known political changes in Afghanistan create a complex of threats to the security of the region associated with the growth of illegal migration and refugee flows, drug trafficking and radical religious sentiments. The parties noted that the risks of social collapse and humanitarian catastrophe that this country may face,” the message of the ministry said.

“Following the talks, agreements were reached to continue the dialogue and exchange views on the entire spectrum of issues on the international agenda that arouse mutual interest. The parties agreed to continue monitoring the situation in Afghanistan in order to consolidate common positions and expressed their readiness for mutual support of the initiatives of the two countries in the international arena,” the ministry noted.

“Moreover, Shamishev met with the head of the department for the study of regional security problems of the Center for Strategic Studies under the President of Tajikistan Khurshed Dodikhudoev. The sides exchanged views on the situation in Afghanistan and the region,” said the message.

"According to the meeting participants, the future of Afghanistan will depend on the ability of the authorities to build a coalition government based on the balance of interests of domestic political forces, which will increase confidence in it, including from the international community. In this regard, the parties stressed the importance of forming an inclusive intra-Afghan model of ethnopolitical relations, taking into account the interests of all ethnic groups living in the country," the ministry added.