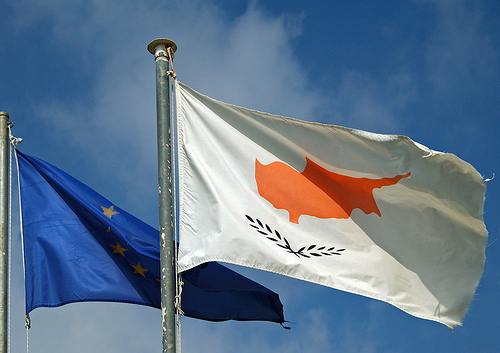 Cyprus' president said on Friday the country would not leave the eurozone after banks returned to normal opening hours under strict capital controls to prevent a run on deposits, dpa reported.

"We have no intention of leaving the euro," Nicos Anastasiades said during a conference of civil servants in Nicosia.

"In no way will we experiment with the future of our country," he added, accusing eurozone partners of making "unprecedented demands that forced Cyprus to become an experiment."

The president said that Cyprus had "averted the risk of bankruptcy" and that the situation was contained "despite the tragedy of it all."

He said that capital controls imposed this week would gradually be lifted, giving no further details.

The measures, which include a daily withdrawal limit of 300 euros (384 dollar), a ban on cashing cheques and a 1,000-euro limit on money taken abroad, were implemented on Thursday after banks opened their doors for the first time in nearly two weeks.

Under a 10-billion-euro bailout agreed by eurozone finance ministers the banking sector would shrink and large losses would be forced on depositors at the country's two largest lenders, Bank of Cyprus and Laiki.

Depositors with more than 100,000 euros could face losses of up to 30-40 per cent. Smaller deposits will be guaranteed.

An official at a local bank estimated that during the first day of operation some 300 billion euros were withdrawn, considerably less than the 1 billion euros officials feared.

"If we consider that this is the result of the first day after reopening the banks - then we are happy," he said.

Chemical plant in Uzbekistan to be transferred to Cypriot company
Oil&Gas 27 September 2019 14:18