Other News Materials 24 July 2020 11:34
South Korean health authorities said novel coronavirus infections among people arriving from abroad could drive the number of new cases on Friday to more than 100 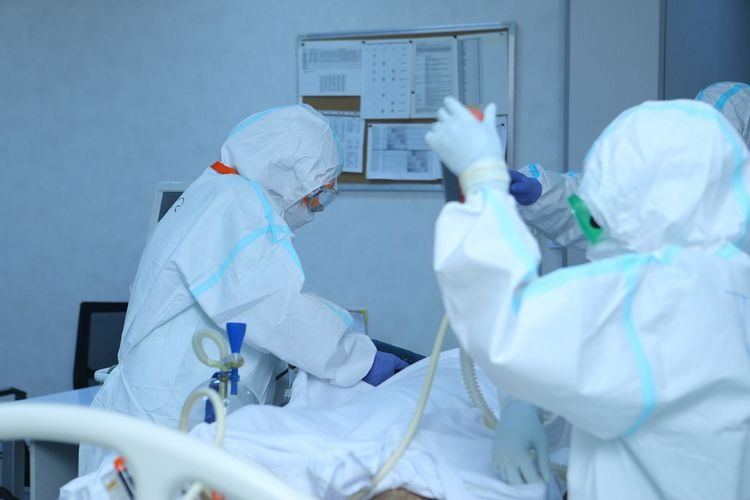 South Korean health authorities said novel coronavirus infections among people arriving from abroad could drive the number of new cases on Friday to more than 100, the first time since the beginning of April that daily cases hit triple digits, Trend reports with reference to Reuters.

The numbers for Friday will not be announced until Saturday, but Korea Centers for Disease Control and Prevention (KCDC) deputy director Kwon Jun-wook told a briefing a large number of crewmembers on a Russian ship had tested positive, as had a number of South Korean workers brought home on military flights from Iraq.

So far, 32 members of the ship’s crew, along with five people who had been in contact with them, had tested positive, Kwon said.

Meanwhile, two South Korean military aircraft arrived from Iraq on Friday, carrying 293 workers who were evacuated as cases swelled in that country. At least 89 of the workers were showing symptoms, Kwon said.

“We might see more than 100 total daily cases announced at tomorrow’s briefing,” he said. “There is a high possibility we will see a three-digit figure.”

As of midnight Thursday, South Korea reported 41 new cases, for a total of 13,979. One more person died, the KCDC reported, putting total virus-related deaths at 298.

Widespread testing, intensive contact tracing and tracking apps have enabled South Korea to limit the impact of the coronavirus and it has been held up as a mitigation success story.

But health authorities have battled a small but steady number of flare-ups.

As the coronavirus spread around the world, a significant number of South Korea’s infections have been found in people arriving from overseas, with nearly 70% of the imported cases South Korean nationals.

After a large number of crewmembers of Russian ships tested positive in June, South Korea began an extensive testing programme on crews from at least 13 ships.