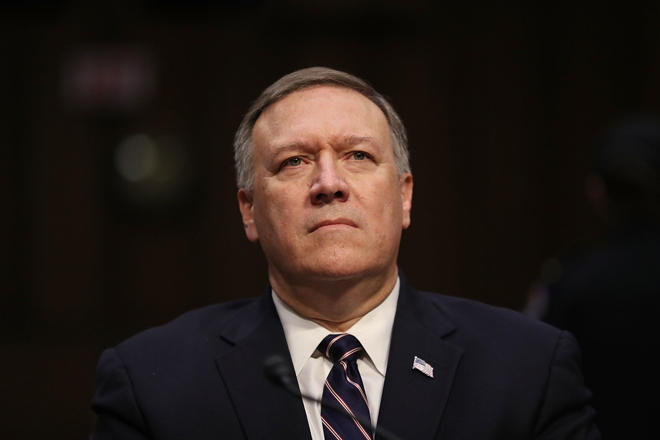 U.S. Secretary of State Mike Pompeo said on Friday that the United States needed Iran to “come to the table” for negotiations, amid rising tensions between Washington and Tehran in the Gulf that have impacted global oil markets, Trend reports citing Reuters.

Pompeo, speaking at a counter-terrorism summit in Buenos Aires, also repeated an offer from U.S. President Donald Trump for talks without preconditions.

“The Iranians continue to say they will talk about it, but only if the United States does something. We need them to come to the table, it’s the right way to resolve these challenges,” Pompeo told reporters.

U.S.-Iran tensions have risen since Trump last year abandoned a nuclear deal under which Tehran agreed to curtail its nuclear program in return for the lifting of global sanctions crippling its economy.

In the latest episode to rattle nerves, Iran on Friday denied a claim by Trump that the U.S. Navy had destroyed one of its drones in the Strait of Hormuz, amid rising concern both sides could blunder into a war in the Gulf.

Pompeo reaffirmed in Buenos Aires that the drone had been brought down, despite denials from Iran, including from Foreign Minister Mohammad Javad Zarif who has said he was not aware of any downing of an Iranian drone in the strategic waterway.

“It went down. The fact the foreign minister Zarif either didn’t know or lied about it I can’t account for. It happened,” Pompeo said on Friday.

Trump earlier said there was “no doubt” the U.S. Navy had brought down the drone, after Tehran showed video footage that it said disproved the incident even happened.