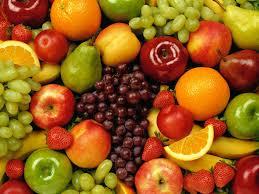 In October 2019, Turkey reduced the export of fruits to Turkmenistan, a source at Turkey's Union of Exporters of Fresh Fruit and Vegetables told Trend.

In October 2019, Turkey exported 804 tons of fruits to Turkmenistan, which is 61 percent less compared to October 2018.

“In the reporting period, fruits worth $763,700 were exported from Turkey to Turkmenistan, which is 66 percent less compared to the same period of 2018,” the union said.

Over the indicated period, Turkey's income from export of fruits and vegetables grew by 11 percent compared to the corresponding period of 2018 and amounted to $201.7 million.

Over the indicated period, the export of vegetables from Turkey increased by 27 percent compared to the same period in 2018, amounting to 155,882 tons.

In October, vegetables worth $42.3 million were exported from Turkey.

Citrus fruits worth $103.4 million were exported from Turkey in October.