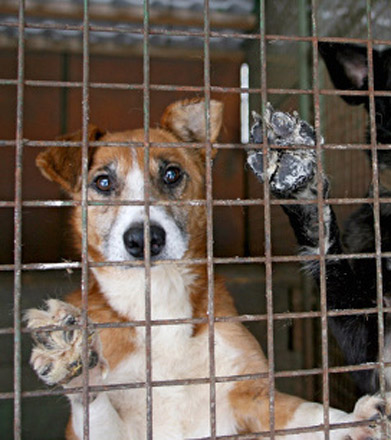 A nationwide referendum is taking place in Switzerland on a proposal to give animals the constitutional right to be represented in court, BBC reported.

The Swiss government has recommended that voters reject the idea.

There is already one animal lawyer in Switzerland.

Zurich has made legal representation for animals in cruelty cases compulsory since 1992.

The current incumbent is Antoine Goetschel. He has gone to court on behalf dogs, cats, cows, sheep, and even a fish.

He believes speaking up for those who cannot speak for themselves is the essence of justice.

"For me the animals are one of the weakest parts in society and they need to be better protected.

"So, it's kind of a fight for a minority that needs to be supported. And to make legislation more respectful towards humans and animals as a whole."

But Switzerland has very strict animal welfare laws, and the Swiss government, conscious that the taxpayer would have to pay the fees for a nationwide system of animal lawyers, has recommended voters reject the idea.

And there is opposition from Switzerland's powerful farming lobby.